“Hi! I’m Brian Horton, Creative Director at Insomniac Games. Last week, we were so thrilled to introduce you to the beginning of your Marvel’s Spider-Man journey on PlayStation 5 – Marvel’s Spider-Man: Miles Morales. This standalone game lets players experience the rise of Miles Morales as he discovers new powers that set him apart from his mentor, Peter Parker.

The reaction we received last week was nothing short of incredible. But we wanted to take a little bit of extra time to talk about the game and the trailer you saw and point out some things you might’ve missed. Take a look above.

At Insomniac Games, we’ve loved the character of Miles Morales for a long time. It started years ago, when Bryan Intihar (Creative Director, Marvel’s Spider-Man), suggested that we should have Miles Morales be a part of the same universe as Peter Parker. We sneakily introduced him at the end of our E3 2017 demo, surprising the audience when they thought the PlayStation Briefing was over.

Let’s set the scene for the game a little more. It’s now wintertime, about a year after the events of the first game. Marvel’s New York is covered in snow, and just before Christmas break, a war between an energy corporation and a high-tech criminal army has broken out. 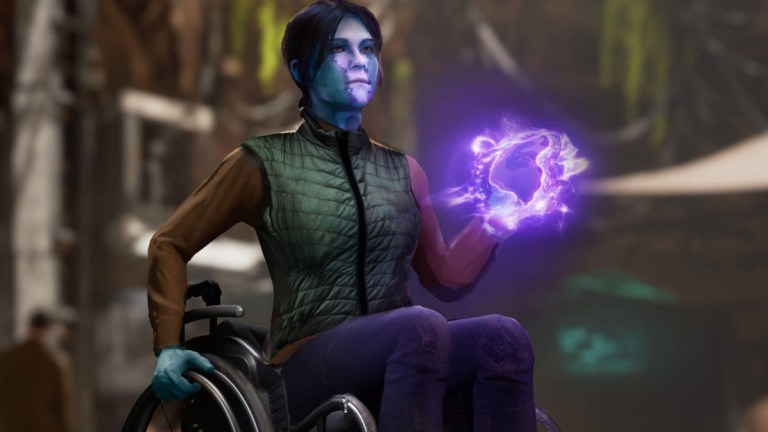 “Marvel’s Avengers, which is being developed by Crystal Dynamics, in collaboration with Eidos-Montréal and NIXXES, is still set to arrive this fall and we’re slowly learning a few new things about the game. The action-adventure title brings together Earth’s Mightiest Heroes, including most of the team you know from the recent MCU movies as well as Ms. Marvel, to fight a new threat to the planet, the dastardly terrorist organization known as AIM and its army of robots.

While publisher Square Enix will reveal more about the game in an upcoming live stream in June, the company has unveiled a new non-playable hero featured in the game who represents Marvel’s Avengers emphasis on accessibility. Cherry Thompson, an accessibility specialist, provided wheelchair-based motion capture for a new character named Cerise, an Inhuman who will have a supporting role in the story. Not-so-coincidentally, “Cerise” is French for “Cherry.”

“Our goal is to normalize representation within our game world by reflecting the diversity of the real world,” the team’s senior community & social media manager Meagan Marie explained in a blog post. “We have scenes in the game like A-Day which is essentially a comic book convention – having representation in a crowd of people who are all there sharing a passion for superheroes is important to us…” 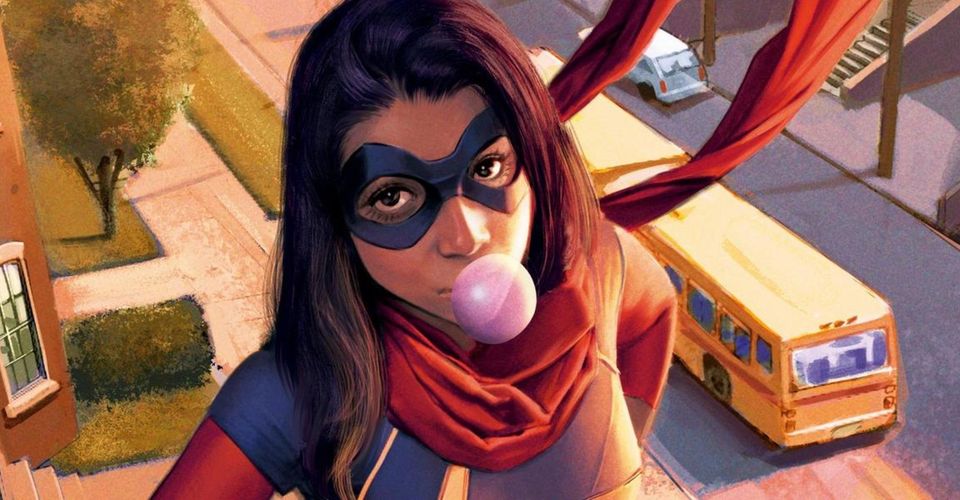 “Ms. Marvel is reportedly filming this summer, with her first movie appearance in the Marvel Cinematic Universe coming soon after. The name Ms. Marvel has been around since the late ’60s, which was used by Carol Danvers herself. Kamala Khan, however, is a relatively new superhero compared to others appearing in the MCU. Khan’s Ms. Marvel first appeared in 2013, becoming the first Muslim superhero from Marvel Comics.

Despite her being a relatively new superhero, Disney announced at their D23 fan event last year that Ms. Marvel was getting her own Disney+ series, along with She-Hulk and Moon Knight. Very little is known about Ms. Marvel so far, except that Bisha K. Ali will be the head writer on the show, and that the character will eventually crossover into the MCU films. That being said, Ms. Marvel’s show won’t be released until Phase 4, so it makes sense that we don’t know a lot about the series just yet…” 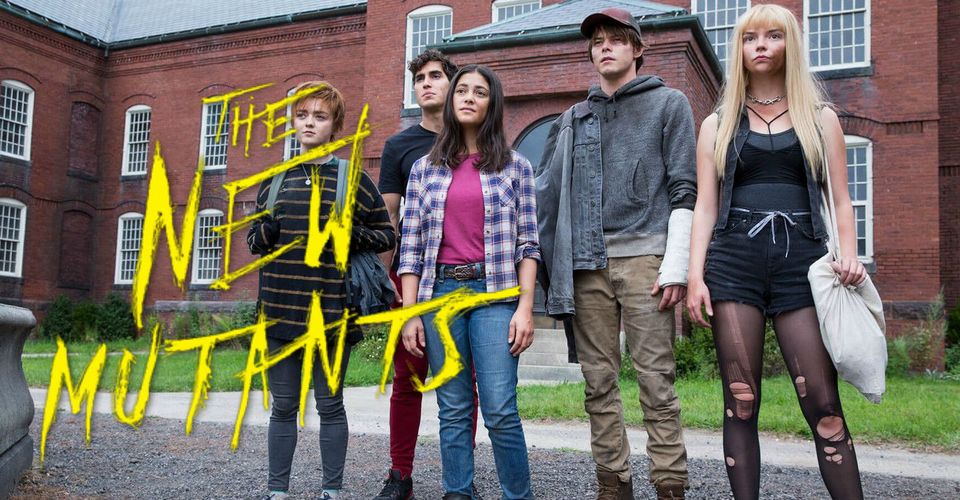 With the New Mutants finally on their way in the coming months, here’s a rundown of the characters that’ll be appearing and the superpowers they possess. Originally envisioned as part of Fox’s X-Men universe, filming on New Mutants reportedly concluded in September 2017, with director, Josh Boone, touting a scarier take on the mutant world that had more in common with horror than traditional superhero tropes.

Unfortunately for all involved (and the many fans looking forward to this unique-sounding venture), New Mutants was repeatedly delayed, first with potential reshoots that never took place and later in order to prioritize Dark Phoenix.

The waters were muddied further when Disney completed their purchase of Fox and its assets. The studio were rumored to be unhappy with New Mutants and questions were asked over whether the film would be released at all, or bumped off to a streaming service amid reports of further Disney-led edits taking place.

Ultimately, an April 2020 theatrical release was confirmed and a recent trailer proves that the horror edge is still in place, even with a PG-13 rating… 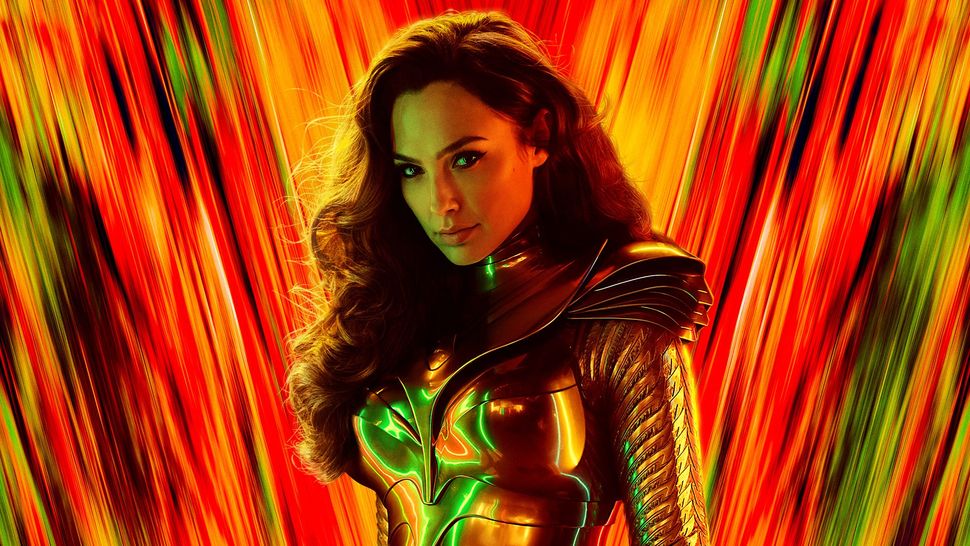 “When is the Wonder Woman 1984 release date? If you’re anything like us, having witnessed Diana Prince’s epic sprint through the bleak, hellish emptiness of no man’s land, you’ll be desperate for more from the badass goddess of the Justice League. Wonder Woman became the highest-grossing superhero origin film of all time in 2017, and made Patty Jenkins – who returns for 1984 – the best-paid female director.

Wonder Woman refused to shy away from the horrors of the Great War, but at the same time blessed a generation of girls with a role model that proved that they could be a hero just as much as men. While Wonder Woman 1984 appears to be adopting a lighter tone, it’s shaping up to be just as excellent.

We’ll be going over the film’s release date, trailer, and cast – with some spoilers from the previous film – so you’re all set for a return to the bright neon lights of the eighties…” 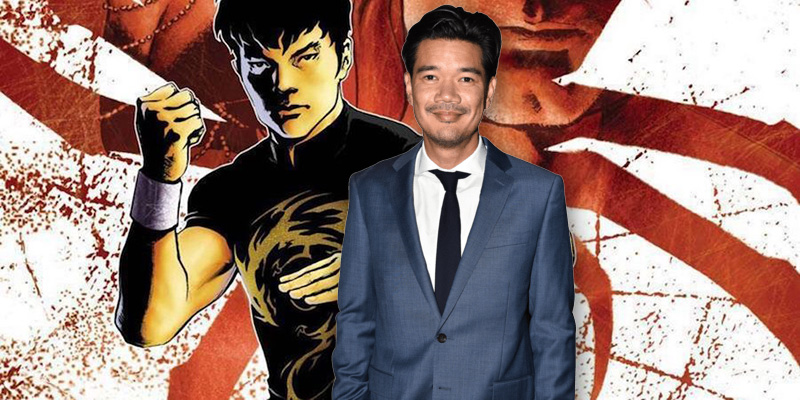 “Destin Daniel Cretton was born in Hawaii and is of Asian descent. And as he told The Hollywood Reporter, he didn’t have a superhero to look up to when he was growing up, or at least not one that looked like him. Shang-Chi actually debuted in Marvel Comics in 1971, prior to Destin Daniel Cretton’s birth, but the character obviously didn’t and still doesn’t have the prominence of many other non-Asian characters in the Marvel canon.

So without a superhero to identify with and see himself in, Destin Daniel Cretton was attracted to Spider-Man. The thing about Spider-Man is that he wore a mask and could theoretically look like anyone underneath, even if Destin Cretton knew that it was Peter Parker. Interestingly, the idea that anyone can wear the mask is the thematic through-line in the recent animated masterpiece Spider-Man: Into the Spider-Verse.

“Since debuting in 2013 in the pages of Captain Marvel #14 and gaining her own solo series in 2014, Kamala Khan—aka Ms. Marvel—has become something of a phenomenon. The Jersey City teenager, known for her fangirl tendencies and her adoration of the Avengers (notably Captain Marvel) has gone from breakout comic character to fan favorite, appearing in everything from animated television shows to her own upcoming Disney+ series. So it’s not surprising that when Marvel Games recently unveiled the sixth mystery playable character in Square Enix, Crystal Dynamics and Marvel Entertainment’s upcoming Marvel’s Avengers game, it was revealed to be none other than Kamala herself.

And she’s not just there to entice players to smash with her embiggening powers—though, as Crystal Dynamics narrative designer and Marvel’s Avengers writer Hannah MacLeod noted at a press event, “these powers introduce a dramatically new element and make her combat aspiration feel so unique.” Kamala is very much the centerpiece of one of most anticipated games of the year. “She’s our games’ protagonist,” revealed MacLeod. “You’ll experience our Avengers story through her unique perspective.”

As part of a private demo session, Nerdist had a chance to play Kamala at a training level— and we had a blast. While each superhero feels unique to control and customize, being able to use the character’s embiggening powers, stretching abilities, and punching strength added a whole new level of fun to the game…”

“Marvel has been telling stories for 80 years, and while those stories endure, nothing has the staying power of a great character. So many of Marvel’s iconic characters have been around for decades, but that doesn’t mean there isn’t room for a few new faces – and some of them can make a massive impact!

Marvel.com asked Marvel staffers who their favorite new character of the past decade was, and the responses were from across all the Ten Realms!

Ms. Marvel. (As I’m sure many others will say.) When we started using her on our animated series Marvel’s Avengers: Secret Wars, the character immediately breathed so much life and wonder and humor into her scenes. Every scene she was in, Kamala naturally stole the show.

Kamala Khan AKA Ms. Marvel! Kamala has been so personally special to me, not only because so much of her spirit reminds me of one of her incredible creators, my pal Sana Amanat, but because she is really the Spider-Man for a new generation. She sticks up for the little guy, she’s funny, she’s a fangirl, she makes mistakes, and she’s just awesome. I’ve loved seeing so many little girls and Muslim fans have gravitated toward her…”

“When Sony first announced Spider-Man: Into the Spider-Verse, the first animated entry into the big-screen Spidey canon, most fans probably didn’t anticipate an Oscar win.

It’s safe to say, though, that pretty much everyone’s expectations were exceeded by the feature from writer Phil Lord and directors Peter Ramsey, Rodney Rothman, and Bob Persichetti. The movie centered on young Miles Morales (Shameik Moore), first introduced in the pages of Marvel’s Ultimate Spider-Man, telling a modified version of his comics origin story: after original Spider-Man Peter Parker is killed, Morales must find a way to own his newfound powers, and save his city amid an interdimensional catastrophe instigated by the notorious crime boss Wilson Fisk, AKA Kingpin…

Into the Spider-Verse 2 looks to serve not only as a continuation of Miles’ story and a further exploration of his budding relationship with Gwen, but also as a launching pad for what may become a full-on animated Spidey cinematic universe. The film will release in 2022, the year that will mark ol’ web-head’s 60th anniversary…” 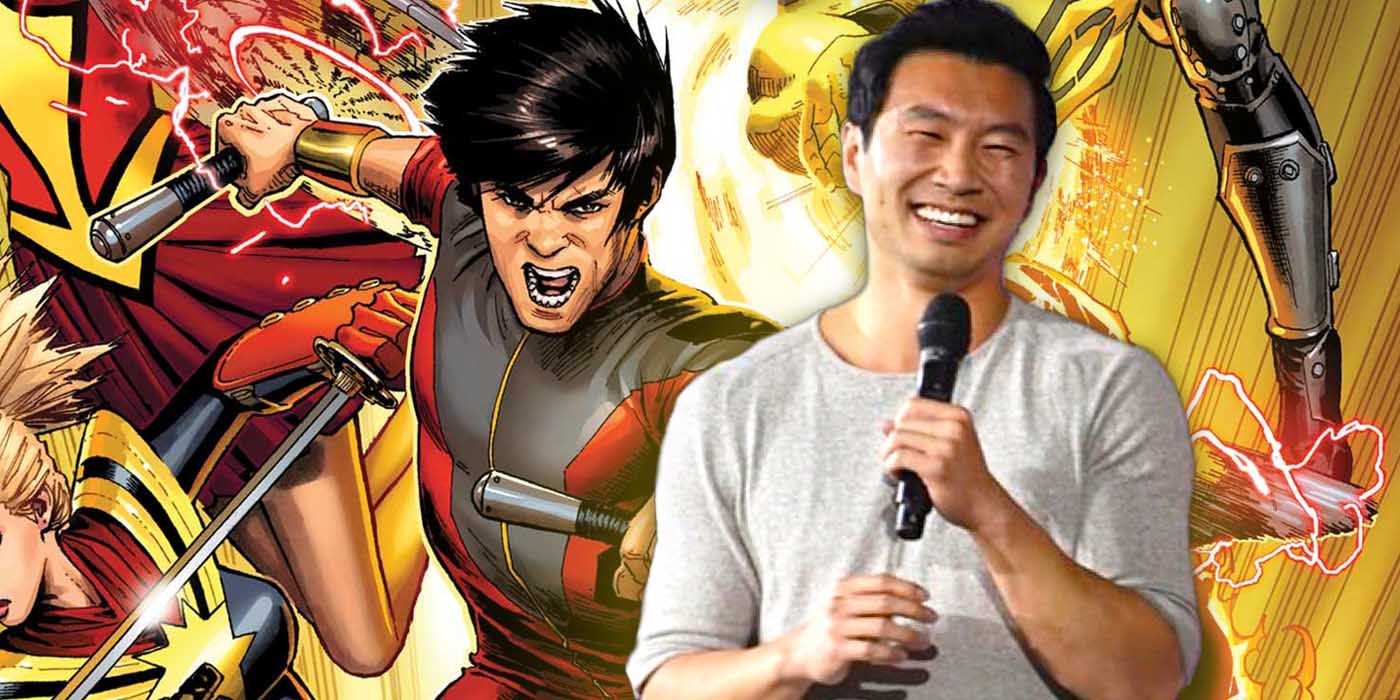 “I honestly hope this will help to change perceptions of the way Asian Americans and Canadians perceive themselves,” says Liu. “Millions of children will watch this movie and feel like they belong in the larger part of the conversation, that they can accomplish anything themselves.”

It has been a whirlwind week to say the least. Last Sunday, Liu, 30, flew to New York to audition for the role. There he read lines and did some choreographed fight scenes. He then flew back to Toronto to shoot scenes for CBC’s Kim’s Convenience. On Tuesday he got the call from Marvel studio head Kevin Feige.

“It was the most incredible moment. I don’t remember what I said. My nerves were on fire.   And then they told me I can’t tell anyone.”

Of course, Liu immediately got off the phone and called his parents.

“I’m not sure if I was supposed to keep it secret from them but they were the first people I thought of. No human being should be tasked with holding that secret,” he laughs. “The first thing that went through my mind was finally I could take care of them, to give back what they gave me.