“Actress Brie Larson wouldn’t say too much about her highly anticipated “Captain Marvel” film, but she did reveal that she discovered her inner and outer strength through her portrayal of the titular character at the Crystal + Lucy Awards Wednesday night.

“I will say that I learned that I’m much stronger than I realize in playing her,” she told Variety on the carpet at the Beverly Hilton.

For Larson, playing “Captain Marvel” is unquestionably a surreal moment of her career. “A lot of my life recently has felt like it’s happening to somebody else,” she explained. “I think part of it is a defense mechanism. It feels better to kind of continue to have my own understanding of myself, rather than one that was put on me by the outside world.”

According to Larson, she trained extensively for nine months in order to build her physical strength prior to production. “My highest right now is 215 lbs. in deadlifts. 400 lb. hip thrusts,” she shared, while stating, “being able to lift weight like that really changed my perspective and understanding of myself…” 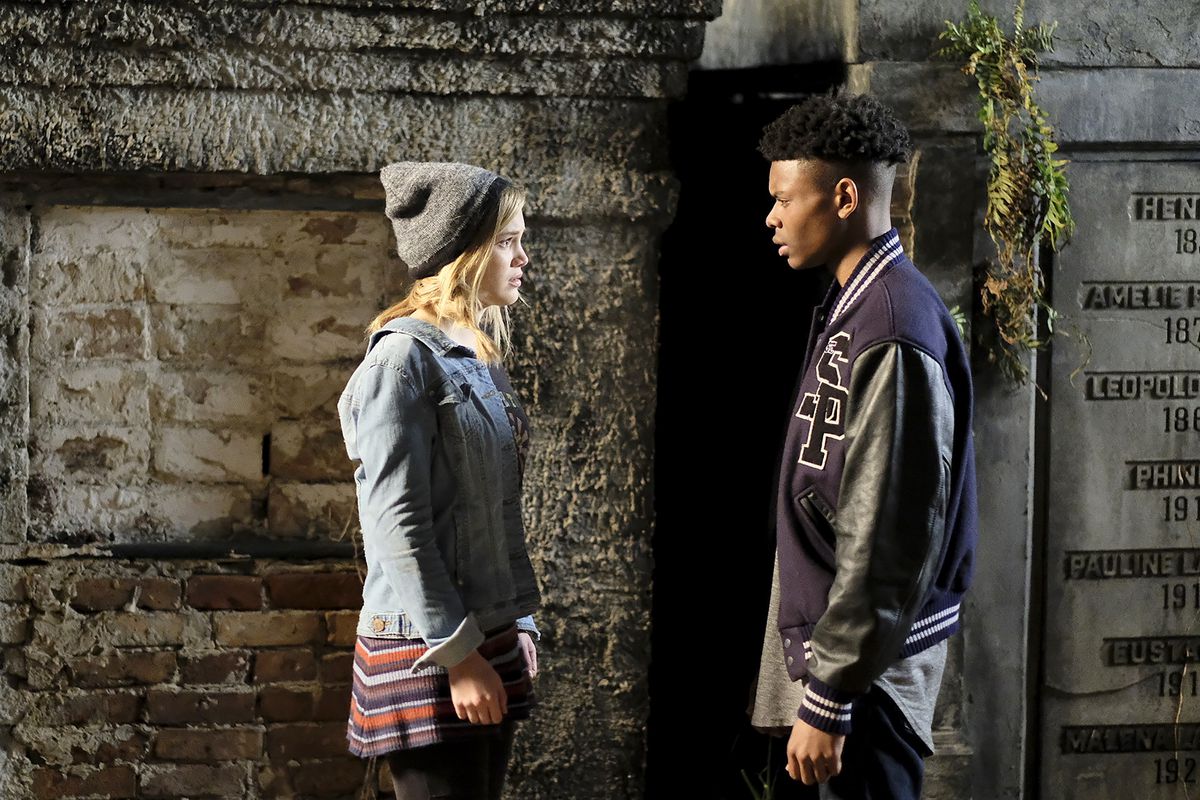 “The titular superhero characters of CW’s The Flash and Freeform’s new Marvel series Cloak & Dagger came from the comics world and got their powers from exploding science experiments, but that’s where the similarities stop. It would have been easy for Cloak & Dagger to follow The Flash’s highly successful formula and have the initial power-granting incident produce a bounty of supervillains, which the protagonists would have to use their new powers to stop. But in its first four episodes, at least, Cloak & Dagger goes a different route by having them focus on real-world injustices.

The approach aligns with the characters’ comics roots. First introduced in the 1980s, Cloak and Dagger primarily focused on fighting the war on drugs, rather than doing battle with costumed supervillains….”

“We’ve seen queer characters in video games before, but The Last of Us 2‘s Ellie is probably the first openly LGBT+ protagonist in a triple-A game. In the new trailer that opened the Sony E3 conference, Ellie is seen in a romantic relationship with a character named Dina, and the two share a kiss.

Ellie being LGBT+ was revealed in the first The Last of Us DLC Left Behind, where she serves as the player character and forms an intimate romantic relationship with the character Riley. But with Ellie being the protagonist of the entirety of The Last of Us 2 and the trailer showing a big gay kiss, we’re finally seeing some queer representation with a protagonist in the mainline story of a triple-A game, something that hasn’t occurred outside of the indie sphere or in supplementary media, not in the actual game…”

“Ryan Coogler’s Black Panther exceeded expectations by absolutely crushing the domestic box office. At nearly $700 million, Black Panther is the highest-grossing movie in the Marvel Cinematic Universe. For that matter, it’s the third highest grossing movie to ever hit the box office in the United States.

On the small screen, Black Lightning took The CW by storm in it’s first season on the network. It quickly rose to top of the review-aggregating site Rotten Tomatoes with a 97% rating and it garnered over 30 million viewers.

Cheo Hodari Coker — the showrunner behind Marvel’s Luke Cage — recently sat down with /FILM to talk about the increasing popularity of superhero properties with African-American leads.

“It’s just honestly just pure joy and adulation. I’m just rejoicing the fact that film and television finally has the diversity of thought that hip hop music has always had,”  Coker said….”

“Sony and producer Amy Pascal are in early development on a movie adaptation of the Marvel comic Silk, about Korean-American superheroine Cindy Moon, which was created by Dan Slott and Humberto Ramos.

In the comics, Cindy is a student in Peter Parker’s class who also is bitten by a radioactive spider around the same time as Peter. She gains abilities similar to his, though she is able to shoot webs out of her fingertips, possesses an eidetic memory, and has advanced Spider-Sense (known as Silk Sense) far stronger than Peter’s. She also has less superhuman strength than him but is faster.

While this project will mark the first stand-alone feature for Cindy Moon, it wouldn’t be the first time she appears in the MCU.  The character was seen in Pascal-produced Spider-Man: Homecoming (played by Tiffany Espensen) as a member of the decathlon team along with Tom Holland’s Peter Parker.  In Avengers: Infinity War, Espensen reprises her role briefly when Cindy is shown on the bus with Peter when he plants a distraction in order to get into costume….”