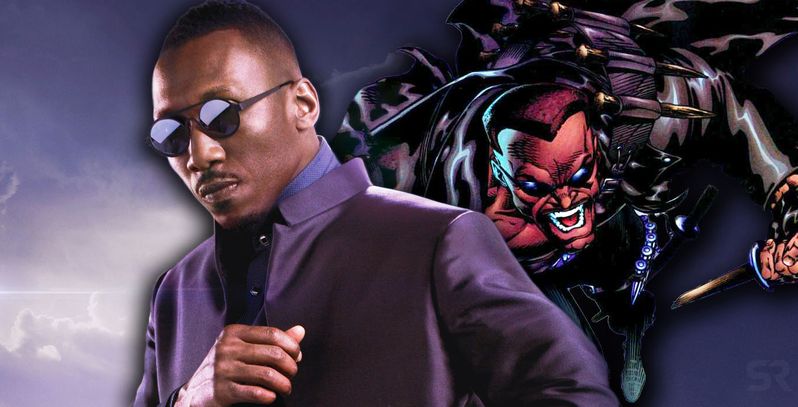 “Blade, the day-walking vampire hunter, will soon be joining the Marvel Cinematic Universe as performed by Mahershala Ali in a film of the same name. Although most audiences will know the part-vampire hero of the night from the 1998 movie starring Wesley Snipes, his comic history actually goes back to the seventies where he was created as something of a heroic nemesis for the mighty Count Dracula.

Created by Marv Wolfman and Gene Colan, Blade was introduced in Tomb of Dracula #10 in 1973 as a part-time member of Quincy Harker’s vampire-hunters, a band of occult experts who were hunting the Count and other supernatural menaces across the modern world. Blade joined in their crusade on-and-off, preferring to work alone. Over the years, Blade would intersect with those on Dracula’s tail and many other heroes in the Marvel canon as he came up against any and every vampire he could find.

The trench-coat-wearing hero has become iconic, not just as a black comic book protagonist, but as a long-standing mascot of Marvel’s horror side. His stories are dark and twisted and explore and depict evil in a distinctly gloomier and more gothic fashion than one would usually in Marvel’s pages, all of which is typified in his own horrifying origins…”